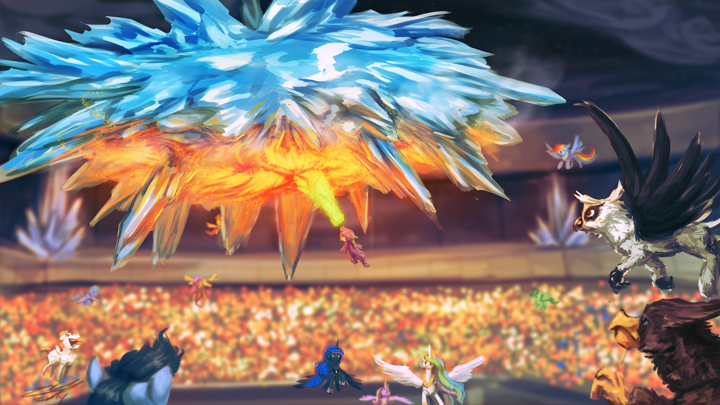 What a game. Spike beating something with lots of Spikes.
Was not sure where to go with this initially during most steps. From the initial sketch figuring out what to draw to begin with.

That ice though, that crowd, those ponies (and Gryphons!)
Kept it simple XD and even with getting distracted by funny Kallisti stream calls, it didn't take as long as I expected… probably because I kept it simple and rough. (Don't zoom in!!!)

Had to put the Gryphons in, they were not visible during the event but ok. The ones who were visible actually were the Princesses! Celestia and Luna (briefly) that is. Don't know if Cadance was behind them but I put her there too hehe.