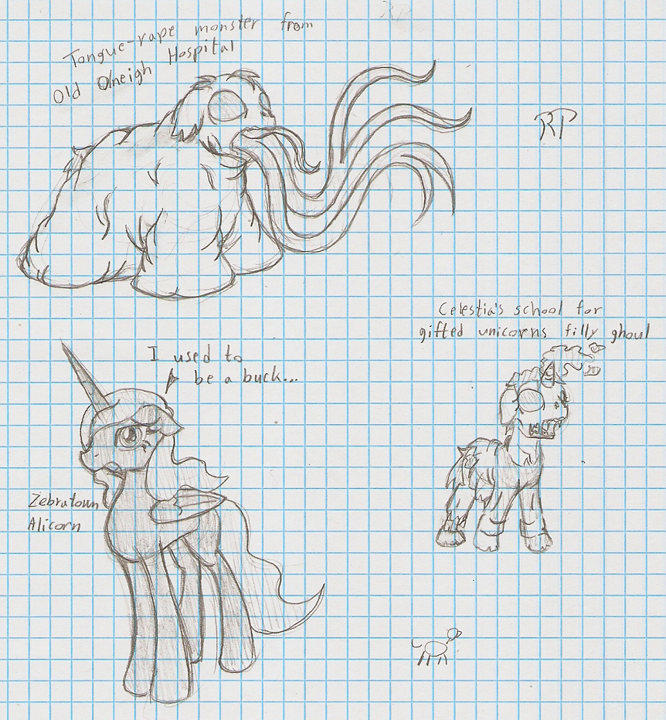 Fallout: Equestria artstuff I felt like trying to draw during school. Finally starting to catch up on the story now I finally started reading it instead of just sit around and wait for the audio version to be updated (it's still awesome though, I'm just impatient)

So, has some FO:E monsters, just because. And, of course, the first type of monster I draw of course has to be the tentacle-ish rape kind. Just how I roll. I had problems to make a proper mental image of this thing, but still wanted to do my best to draw my version of it as a personal challenge. I'm kinda okay with the end result.

Next is an Alicorn, but not just any alicorn. Just had to try draw the one saying that very line after I read that part. 'Cuz it amused me so

And finally one of the ghoul fillies from the unicorn school in Cantalot. Just because I felt like trying to get the ghoul look right. I ain't good at ghouls or zombies. So why not challenge myself even more by drawing one that's also merged with its own clothes too? Sure that won't make it even harder