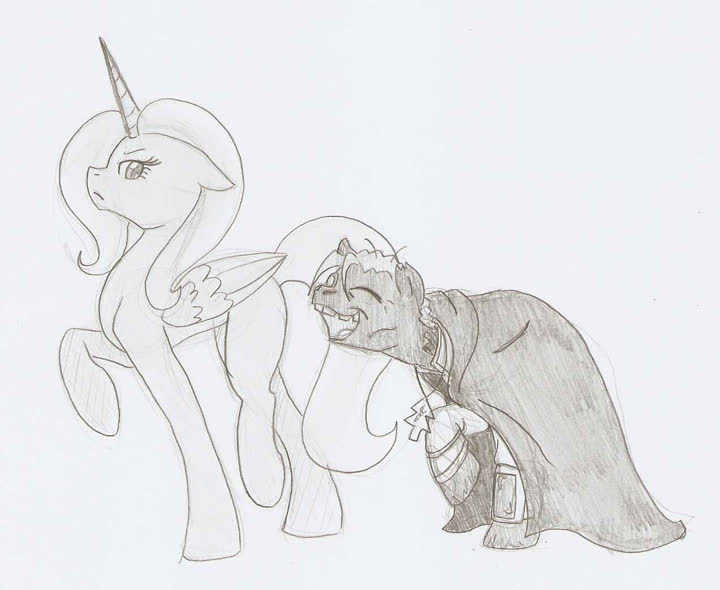 Just some FoE 'cuz I wanna draw it.

Someone wanted to see a 'super mutant and ghoul' duo, if that was a possibility in FoE. The alicorns being the pony version of the super mutants. And a good excuse as any to draw good old Nightshade again.

Not sure what's going on or why a lone alicorn would allow a ghoul near it. I like to imagine Nightshade thinks he can get a pretty ghoul by sweet talking an alicorn into a stroll somewhere heavily radioactive. Silly Nightshade, you can't ghoulify an alicorn. They sustain themselves on radiation as much as you do. Silly undead guy.